Hello, hope you’ve all had a good spring equinox (or autumn if you’re southern hemisphere folks!).

I took a month off last time, due to personal problems at the time, but am here peering down that rabbit hole of the universe once again. 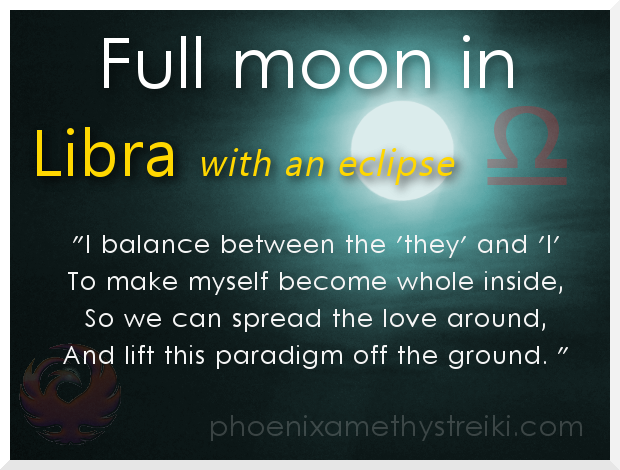 We’ve had another fascinating month in astrology, with the earliest equinox for 120 years and two eclipses this month. The second, occurring on the 23rd with the Full moon. We had an eclipse in that crazy September full moon (in Aries) so it is on the same axis as the one we are having this week (Libra Sun-Aries Moon in September/Aries Sun-Libra Moon in March).

Mercury is in Aries, meaning communications can be a little blunt, or direct. Venus is idealistically floating away or sinking in dualistic Pisces- the fish can swim to paradise or sink into the mud. Mars is happier in Sag than it was in either Libra or Scorpio and is willing you to do that course, or make the change, go on the adventure!

Black Moon Lilith is still in Libra, which is an interesting addition to the Sun/Moon combination, with Saturn in Sagittarius willing Lilith on a little. Lilith is often seen as the shadow or dark side within, presenting challenges for you to overcome. This month, Lilith adds to the eclipse and Aries/Libra axis by challenging your boundaries and moral compass.

So what does this all mean?

The challenge that Libra and Aries gave us in September 2015, is being looked at from the other angle. Now that the sun is in mighty Aries, the Ram, the headstrong, me, me me! Whilst the moon is full in Libra, which is about equality, balance and fairness. The Moon is here to give you some balance, headstrong Aries! You have lots to do, you might need to work out what is fair on you and others to do. Libra will help to challenge within you what is fair and equal in all things.

To make it more interesting, or more difficult, depending on your take on things- is Lilith. Lilith in Libra is a tough one to work out, you know! Libra is represented by the scales, justice, equality, balance- yin and yang, masculine and feminine. Lilith is not about balance, she is about reclaiming power, standing up and taking what’s yours. It was stolen from you and you want it back. Now!

The gates are open during the eclipse, the moon is blocked out from vision, it allows Lilith and others to challenge us to hear her. This time around it is especially interesting as Lilith is in the same sign as the Moon. The eclipse might send it that egoic and inner moral challenge, the one that tells us we should sleep with more people, party harder, take out more credit, f**k the system, we’ve played those games and look where it got us. Ask yourself what is right for you? What is right for others?

When the moon is unblocked, the feeling will be different. Libran full moon energy will want to balance all things- to challenge you to let go of things that aren’t fair, are asking to much of yourself and others. The answers are most likely staring you in the face.

The challenge is to work through and let go what isn’t working, what isn’t right anymore. We evolve, we adapt as times moves on, sometime we get stuck, get stagnant or complacent. This full moon wants you to look at the big picture whilst you focus on the ‘you right now’, that is solar Aries . Make things more balanced and equal. The more of us that can do that this time around, the easier it becomes for others who are trying to do the same later on.

“I balance between the ‘they’ and ‘I’,
To make myself become whole inside,
So we can spread the love around,
And lift this paradigm off the ground,”

There’s lots of guidance from the stars to help us over the next few days. Take time to think and notice the signs of things unequal. Be it relationships, friendships, jobs, online, physical or mental, there’s something that will stand out.

An Intuitive healer- Phoenix practices Reiki, Sound Therapy and Ka Ba Sum (Egyptian Inter-Dimensional Healing) and Dragon Star Healing ( with Elemental Dragons) . He stares at the stars at night and makes up stuff about star signs. Like a true Libran, he can't make up his mind if it is all real or not. Also likes to write stuff. Sometimes this is very good, sometimes this is very bad. Always fun, though. Silly, nerdy, thoughtful and just trying to stay authentic. View all posts by thephoenixamethyst